Bollineni College of Nursing founded in 2002 by Bollineni Krishnaiah Charitable Trust with the moto of Discipline service and devotion. Bollineni College of Nursing has permitted by Government of Andhra pradesh and approved by Andhra Pradesh Nursing Midwives Council, & Indian Nursing Council file no. 18 – 917/2002 and affiliated to Dr. NTR University of Health Sciences, Vijayawada.

Bollineni College of Nursing is located with 8.25 acre with total built up area of 1,22,972 square feet academic and hostel block in Dhanalakshmipuram, Nellore.

The intention behind starting the institution is to take up the task of imparting quality nursing education to eligible candidates from various parts of Nellore and other neighbouring districts and states. The training programmes aim to equip committed student with the latest techniques, develop their decision making abilities as well as instill in them a resolute approach to productivity, excellence, innovation and concern for others. 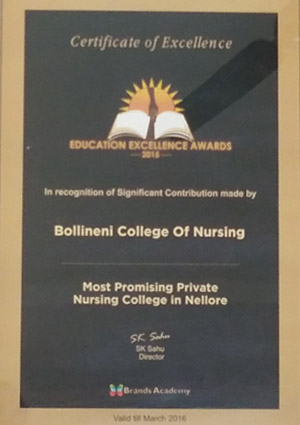 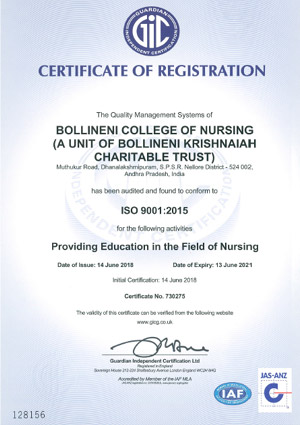 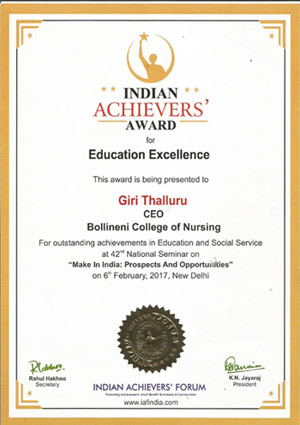